House Elections: The Deepening Crisis of the Dutch Electoral System

The result of the March 15th to 17th Dutch House of Representatives elections has the signs of electoral crisis all over it. A total of 17 parties managed to conquer one or more seats, matching the record of the elections held in 1918. Four new parties will enter the House, and the left wing and traditionally powerful right-of-center Christian Democrats were dealt a heavy blow. Most importantly, a new majority coalition government will be very hard to form, let alone a coalition that can count on a corresponding majority in the Senate. It would not be a big surprise if new elections would have to be held later this year.

Code Orange
Code Orange, the party most focused on democratic change including elements of sortition, failed to conquer even one of the 150 seats in the House. The strategy of combining an agenda of democratic change with watered-down 'populist' positions, and a remarkable party leader, seems to have failed, for the moment. Competition was tough, with a record number of new parties on the ballot, adding up to a post-war record of 37 parties to choose from. Maybe the watered-down, more sensible 'populist' position, personified in party leader Richard de Mos, just did not have the electoral street credibility of the 'real' so-called populist parties on the right and left wing, who did manage to secure a sizeable number of seats - especially on the right wing. Code Orange likely managed to strengthen its brand name, but might have scared away its original base: politicians that left other parties because of their desillusionment with the current political system.

Campaign financing
Apart from the outcome of the election, four things are worth noting. The first one is the increasing role of, and increased attention to, campaign financing. Dutch political scientists have labeled the country as a 'wild west' for party financing, compared to many other Western countries. One of the main election winners, Liberal Democrats D66, openly indicated to have accepted a 1 million euro donation from a wealthy entrepeneur. Apart from that, Follow the Money's research journalists and NPO Radio 1 public news radio put the spotlight on a 4 million euro fund containing shares, used for funding campaigns of the 'conservative-liberal' big-business oriented VVD-party, the most powerful party in the Netherlands during the past three decades. The total amount of money that is involved in campaign financing is peanuts compared to that in the United States, but its role is growing, and unequal access to campaign financing, and the dependency it creates on donors, doesn't seem to be very democratic. A citizens' assembly on what should and should not be allowed regarding party and campaign financing would be desirable, but nowhere is this being pointed out in the media.

The media
That brings us to the second point: the role of the media. Mainstream public and private media has covered this election, and politics in general, in a very shallow way, as pointed out on NPO Radio 1 by the well-known former political journalist and former member of the House for the VVD-party, Mr. Ton Elias. He expressed in a worried manner that the focus now is mainly on how parties are doing the campaign and who did well in which debate, paying way too little attention to party political programmes and viewpoints.

Mr. Omtzigt
The third point worth noting is the role of the widely-respected Mr. Pieter Omtzigt, a House member for the CDA Christian Democratic Party. He played a key role in researching the Dutch Tax Administration affair that has ruined the lives of tens of thousands of innocent Dutch citizens, leading to the fall of the government a few months before the elections. Omtzigt openly voiced his frustration with the functioning of the political system, denouncing the 'clique' of The Hague that pays more attention to the party leadership than to the voters - his words - and calling for fundamental systemic changes. However, Omtzigt was hardly visible in his party's campaign, and as just mentioned, his party was punished by the electorate, while prime minister Mark Rutte, the one being ultimately responsible for the Tax Administration scandal, even managed to gain some seats with his VVD-party.

Democratization
The fourth and last point worth mentioning, is the extreme lack of attention to, knowledge of, and support for sortition and deliberative democracy on the part of the social, cultural and political elite of the Netherlands. It just hardly seems to attract any attention. The one newspaper article that was published on it recently, featured the Flemish political scientist Yves Dejaeghere, and on the Sunday evening before the election, the VPRO public television 'future affairs' programme Tegenlicht ('Backlight') aired a documentary on democracy in crisis, carefully shying away from mentioning the undemocratic nature of elections and the immense problems they are causing, featuring among others Thomas Frank and David Van Reybrouck, the latter one advocating deliberative democracy and sortition. Non-Dutch people seem to be the only ones available to inform the Dutch audience on sortition. There seems to be hardly any well-known Dutch politician or journalist advocating it or reporting on it. In his book on a new social contract, Mr. Omtzigt has expressed he would favor a district-based electoral system, resembling the one in Germany, but apparently he is unaware that this system has not prevented many problems and much discontent in the country concerned, already experimenting with sortition at the national level because of those problems.

In the mean time, the Netherlands is battling the corona virus, running up a debt of over 60 percent of GDP, and is part of a monetary union including a number of big countries with worryingly high debt rates. From the outside, the Netherlands is generally perceived as a stable, well-run and efficient country, but less well-known for outsiders is that its public sector (e.g. housing, education, employment assistance, legal assistance, psychological care, the military, spatial planning, and national, regional and local public government) has been severely hollowed out by neoliberal policies. During their campaigns, politicians talked about getting out of 'the crisis', meaning the corona crisis, for a large part ignoring the crisis in governing the public sector, with the electocratic system itself at the core of it. The question is: how long can the political and socio-cultural elite of the Netherlands continue to ignore this underlying, systemic crisis? 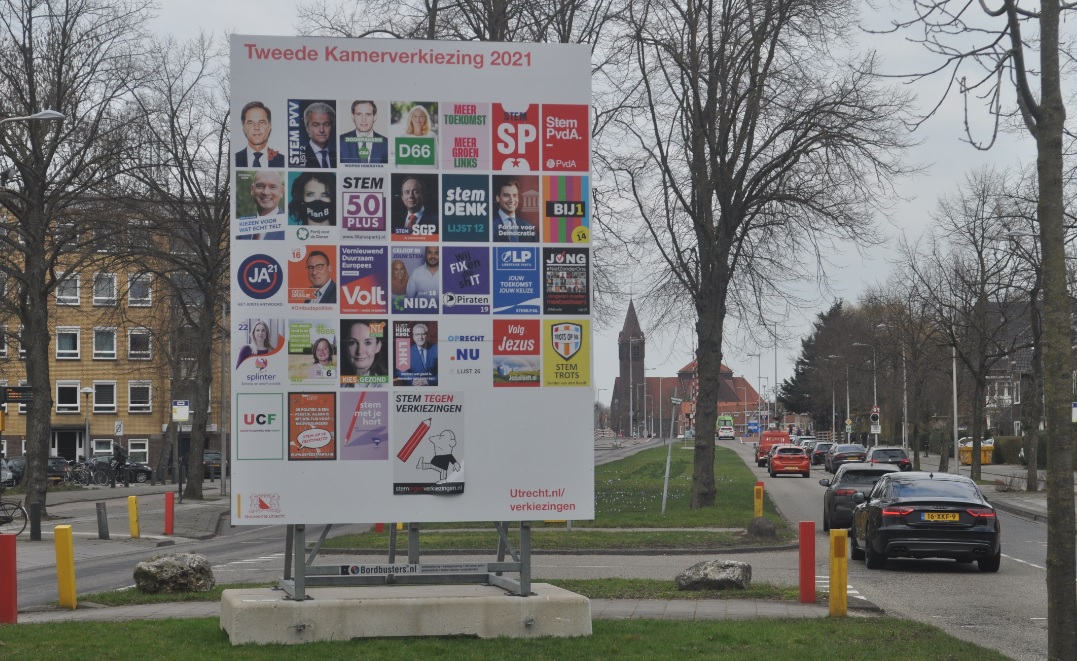